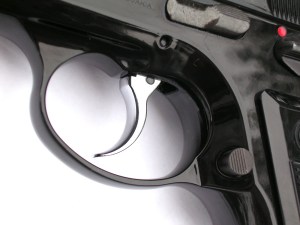 So the Twins couldn’t yet again pull off a series
sweep of a team.  This time the team that lucked out and seemed to
capitalize on this was Cleveland. For some reason the Twins just
couldn’t pull the trigger and get anything done yesterday.  I’m not
going to lie and say that I was a champ and sat through that game (listening
mainly, watching only a little bit)…I didn’t. I went home for
lunch, watched about a half hour of the *** ******** and then decided
that a nap was more enjoyable to the game.  When I went back to work (when
the Indians had the bases loaded with no outs), the Twins did not
go back on the radio.  I left it up to Twitter to tell me the final
score (and when runs were scored in general).  It was hard to
look at the box score and see that the Twins only had 4 hits in the
entire game, two coming from Justin, one from Drew Butera (his first
MLB hit! So congrats Drew!!) and one from Denard.  From our offense I
would have expected a bit more.  Is that being greedy or having too
high of expectations?  No, I don’t think it is.  I think the Twins have
set these expectations that every one is placing on them.  They are
excelling more than most would have thought possible.

Wednesday night however was a different story.  Sure they only had
two more hits than yesterday’s game, but Wednesday night their walks
seem to haunt a little bit more and hit the Indians where it counted.
You don’t necessarily need an abundance of hits, you just need the
clutch hits, the run scoring hits (or walks) to win the games.

As much as I loved
J’Michael Cuddyer getting a home run to give the Twins a 4-0 lead (at
that time), I didn’t like that he was in the lineup that my fantasy
team was playing this week.  With Kubel hitting poorly right now (a
mere .180 after Thursday’s game) and being on my team.  Currently
I’m sitting at the very bottom of 10 teams in the standings.  Kubel’s
*** is going on the bench now for a while, and I’m going to give someone
else the opportunity to raise some hell, since he can’t do it.
Thankfully, Colby Rasmus
was a bad *** the same night as Cuddy went deep.  Rasmus went deep
twice in the game, so that helped the blow I took from Cuddy.

I’m glad that the Twins already had the series win in
the bag before Thursday’s game.  It marked the first time that the
Twins have won 5 series in a row.  This year is really starting to
become the year of firsts (obviously with the new field that opens up
a lot more firsts).  What else will the Twins be able to make a
“first” of?
In honor of them winning yet another series, I present:
The 3 Stars of the Series:
3. Justin Morneau (Justin kind of has sat under the radar in
these few games.  He’s gotten some clutch hits that we’ve needed and
seems to be one of the guys that’s been quite consistent with getting
hits back to back games.)

2. Francisco Liriano (Fran exceeded all of my expectations of
how he might pitch and went 8 innings allowing no runs.  I’m not the
biggest fan of his, but I will give him credit.  He pitched a great game
and got out of jambs that could’ve have been quite lethal.)
1. Kevin Slowey (am I partial by selecting Kevin as the number 1 star?
Probably a little, since I love him so much, but I don’t care!  Kevin
pitched an outstanding 8 innings only allowing 1 run.  I think Gardy
should’ve brought him out for the 9th, but at 97 pitches he turned it
over to Brian Duensing.)
It
sounds like the series this weekend against the Royals could be
difficult to play due to rain threatening.  I won’t be able to catch
tonight’s game if played (due to a conflict that will keep me away
from TV and radio until probably around 10pm).  I will however be
checking Twitter and ESPN for constant updates about the games’
progress!  I think Carl Pavano has what it takes to dominate the
Royals.  Thankfully this road trip will keep the Twins in our time zone (or
ahead of us) so that no one has to stay up until late in the night
just to catch the full game.  Plus they will be facing division rivals,
which will give them a chance at gaining more of a lead in the AL
Central Division.  I look forward to seeing how many games they can inch
ahead.